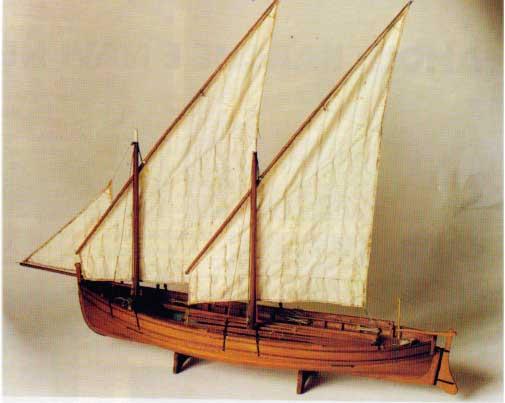 Until 1834 – when the State Road through Punta Scutolo was built- the road
connections with Sorrento Peninsula were particularly difficult.

So, sea connections were preferred to guarantee the transport of people and things to any place. The distinctive trait, in reality, allowed the development of a flourishing handcrafted
shipbuilding production.

Among the boats created – together with Sorrento Fishing Boat – there are also the feluccas, whose last examples belonged to the Aponte family.

They were particularly fast small boats – thanks to a tapered shape and the use of particular Latin sails – used to transport milk products, oil, meat, fish, walnuts, citrus fruits, wine and silk artifacts.

During the International Grand Tour, thanks to their refinement, feluccas were transformed into elegant and exclusive means of transport for aristocrats, intellectuals and artists to move from Naples to Sorrento and the way round.

They were able to cross the Gulf of Naples four times in a day!

At the beginning of the 20th century the felucca slowly disappeared. In fact , the attempt to motorize them was useless.

The last people who tried an experiment in this sense were the local ship owners of the
amous Aponte family.

Between 1902 and 1915 they motorized the feluccas that have a special place in Sorrento seafaring history: the “Giovanna”, the “Palomba” and the “Sant’Agnello”.