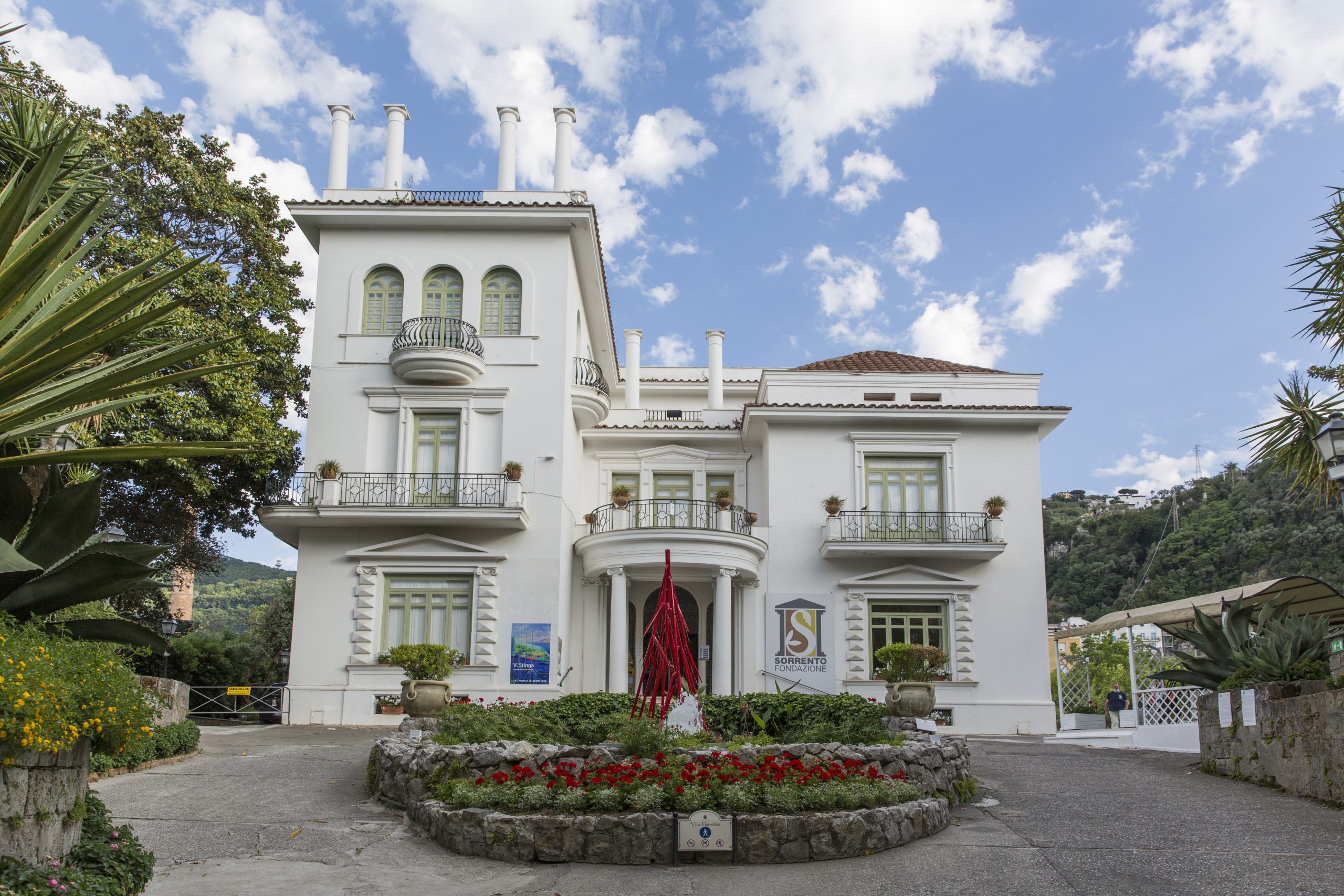 The history of Villa Fiorentino begins in the early 1930’s, when the spouses Antonino Fiorentino and Lucia Cuomo – historic artisans and textile workers of fine handkerchiefs- decided to build a villa as their home.

Having bought the area of about 10.000square meters in the historic centre – between Corso Italia and the ancient city walls – get inspired by the colonialist style of South America of the 19th century.

They designated the Engineer Almerigo Gargiulo and the building was completed between 1935 and 1936.

The spouses also thought to designate the large rooms on the ground floor as showroom for their own business and to welcome renowned customers.

In fact, their handkerchiefs with so detailed and refined embroideries were famous all over the world and purchased by wealthy buyers.

The spouses Fiorentino lived there using the first and the upper floor. The villa – which had a front area organized as a garden (with a great type of roses and camellias) and the place behind (with the farmhouse inserted in the ancient walls) remained a citrus grove – was furnished with good style and embellished with high antique furniture.

When Antonino and Lucia Fiorentino closed their activity and later died, they donated the entire property to Sorrento, so that the villa could become a reference point for all citizens; a cultural and historic place and also a museum.

Today Villa Fazzoletti (so affectionately called by Sorrento people) houses the Fondazione Sorrento, the core of the villa and a place of cultural promotion of the town.