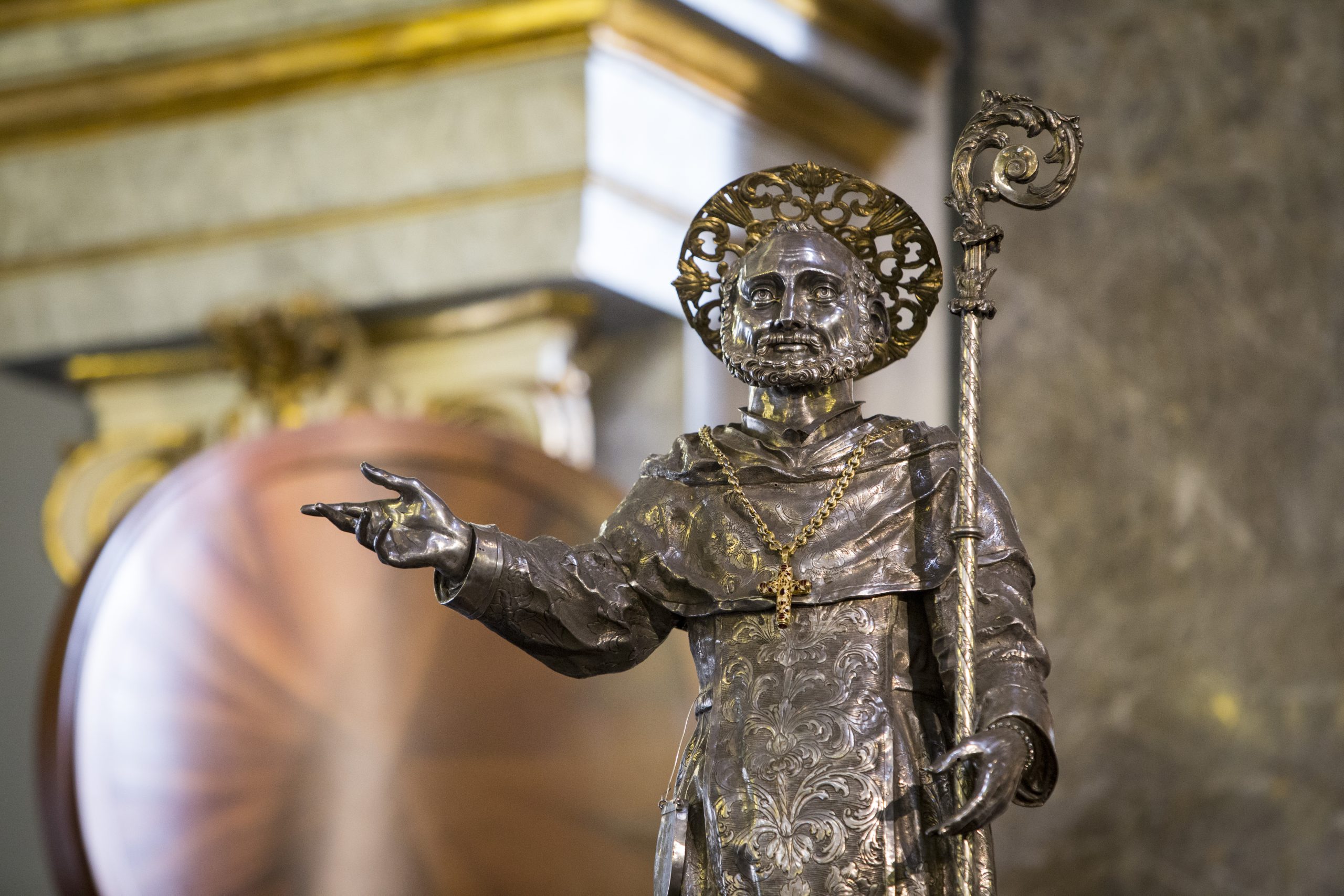 The Silver statue of Saint Antonino

On 13 June 1558 Sorrento was invaded by Saracen pirates.

In addition to having devastated the town, they killed and kidnapped a lot of citizens, in
part released only after paying substantial ransoms.

The survivors attributed their release to the patron Saint Antonino.

So, as a sign of gratitude, Sorrento people commissioned the creation of a silver statue of the Saint to replace the one lost during the Saracen invasion.

Even if the citizenshadn’t all the necessary sum of money, they went to a Neapolitan artist
(Scipio di Costantio) to commission the work, committing to pay the missing sum later.

According to the stories, a short time later, a monk very similar to the one depicted in his sketches went to the artist and settled the dept, giving him a bag full of money.

But Sorrento people didn’t know anything! So the goldsmith made the statue.

Finally, after a long time, Sorrento people collected the remaining sum of money and came back to the artist.

What a surprise when they knew what had happened! Saint Antonino was the mysterious monk who had paid the goldsmith!

This is why Sorrento people ordered to make a bag (obviously in silver) placed at the foot of the statue, recalling this miracle.

The rest of the money raised was used to embellish the Basilica dedicated to the Patron Saint and for charities.

It happened in 1564, six years after the devastation of Sorrento.