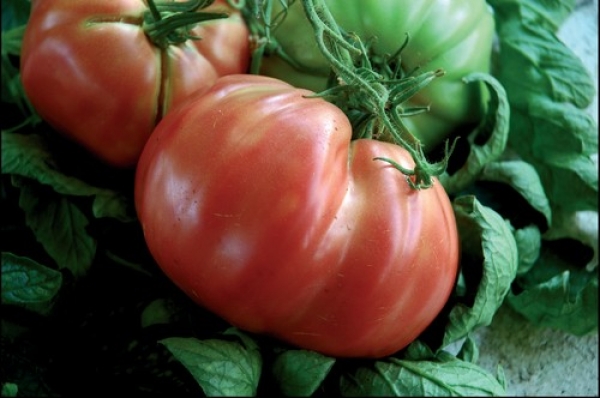 Sorrento tomatoes are part of the typical local products that characterize the particularly rich and qualified supply of the Sirens Land: they have a good taste and are included in delicacies of the Mediterranean cooking.

Sorrento tomatoes are very big and round in shape: juicy and with an apparently “fleshy” pulp, with an absolute sweet and delicate taste.

In the culinary art their taste is intensified when used, uncooked, for the preparation of salads (first of all, the famous “Caprese salad”, prepared using mozzarella cheese, olive oil and fresh basil).

Actually, in Sorrento Peninsula the production of tomatoes dates back to quite recent times.

According to some people this local tomato is the result of the commercial trades between the Sirens Land and America, especially at the beginning of the 20th century.

In fact, during those years, some local businessmen, who worked hard in the export of citrus fruits, walnuts and oil, would in turn import seeds which, planted in the fertile soils of the coast, would have grown a full bloom and good plantation.

Initially limited to the town halls of the so called “Colli” area (between Sant’Agnello and Piano di Sorrento), the same production soon expanded not only to the rest of Sorrento Peninsula, but also it has been famous in other towns of the Vesuvian area, having an ever-increasing number of consumers.