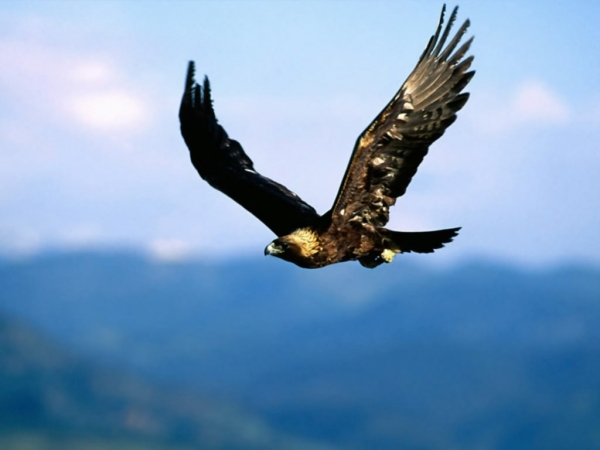 The fauna is also one of the thousand natural beauties that make Sorrento Peninsula unique.

In fact, only a few people know that in the highest area of the Sirens Land it’s not difficult to see different species of hawk.

First of all, that of the so-called “Peregrine Falcon”, to which is also added that of the Kestrel (known as “Falco tinnunculus”).

In reality, the specimens we can admire still today are a small part of the very large colonies that fascinated the emperor Frederick II at the beginning of the 13 th century.

Beyond the historical curiosities, the presence of hawks is the result of the excellent quality of the air that Sorrento Peninsula can boast.

The peregrine falcons that build the nests and lay their eggs on the natural terraces or in the rock caves of the Sirens Land are able to raise up two or three baby birds at a time.

This is due to a particularly low level of pollution and to good general conditions including the no use of pesticides and Phyto drugs.

Its swoops fascinate all people able to admire the peregrine falcon flying. They are usually preceded by cries of danger and by a ritual that enthusiasts describe as the “flight of Holy Spirit”.

During this period the hawk is able to be immobile in the air with its wings in an apparently fixed position. This allows the very fast birds of prey to locate the preys to be captured.

The peregrine falcons are terrible predators and are usually focused on insects, small mammals or lizards, but their favourite preys are the Imperial Crows (also numerous on the Amalfi Coast).