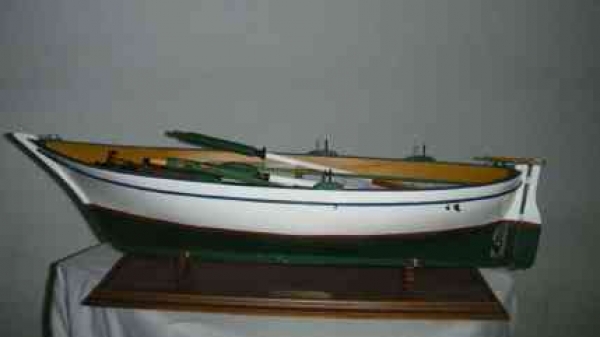 The Sorrento fishing boat is one of the best examples of the refined local naval art.

Since the Roman Empire period, Sorrento Peninsula was famous in the seafaring
field.

From the 13 th century a real artisan shipbuilding work developed along the coasts of the Sirens Land.

Among these, the production of fishing boats has a special place even today, even if it’s extremely valuable and not for all budgets.

In fact, Sorrento masters have found the right procedure to build boats able to head out severe weather conditions and to satisfy both the requirements of transporting people or goods, and of fishing, thanks to the tricks and the techniques orally preserved.

The fishermen have the merit of having used every aspect of the Sorrento fishing boat, using it to fish with “menaide”, “guastaurellara” and “sciavica” (different kind of nets used to catch blue fish, gastaurelli and for deep-sea fishing) and with fish tracks (used to fish octopus, squid and cuttlefish).

Sorrento fishing boats have pointed bow and stern with the first slightly higher than the second to better face the wave movement with very sweet shapes.

The choice of wood used to build them was very rigorous, as the geometries to be respected, especially in the past.

In fact, oak or elm wood was used to build the structure, while maritime pine was preferred to cover the boat.

The old axe masters followed a precise rite to build their artworks.

In fact, they not only went personally – exclusively in winter – to the woods to choose the most suitable trees, but they carefully avoided the waning moon phase.

The wood aging in the tuff caves (well ventilated and so a perfect place for preservation) was only one of the phases preceding the construction of the fishing boats.

Almost as if wanted to conclude a rite, every boat was not finished if it had not first been
provided with a crucified Christ installed at the stern, as evidence of the great veneration.

The very precious form of craftsmanship, with time and new demands, risks the extinction due to the continuous market developments, the excessive amount of work required to build this kind of boats (with very high costs).

The most traditional shipyards are now very rare but there are also companies that started
creating Sorrento fishing boats of the third millennium particularly popular and valued thanks to their skill to combine ancient traditions with the most modern techniques.