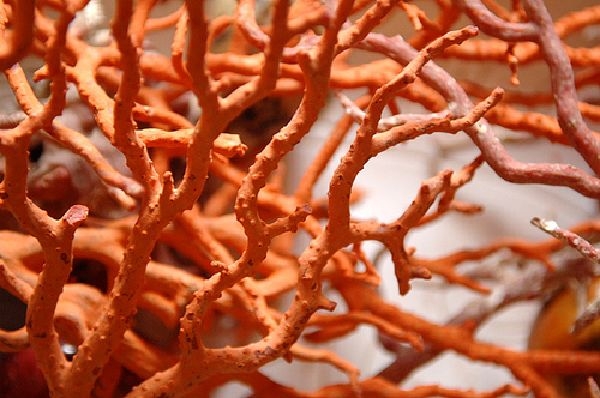 Coral between mythology, art and history.

The origin of coral has been mysterious for centuries. Ovid in the “Metamorphosis” and Pliny the Elder in the “Naturalis historia” identify the same mythical genesis of coral: the blood gushed from the cut head of the gorgon Medusa was transformed into coral.

The warm and vivid colour, its marine origin, its ambiguous nature must have strongly shocked the first population of the Mediterranean basin who thus began working it and making it famous all over the world.

In fact, coral has always fascinated for its contradictory nature: not a mineral, but petrified; not a plant even if branched out.

The red coral of the Mediterranean Sea has seduced all the populations who came in contact with it, creating a particular bond among them, made of the extraordinary virtues conferred to it by all people over the centuries.

Since the most ancient times, coral and magic chase each other, weaved together confusing between superstitions and superstitious rituals; maybe the most amazing thing is that coral has been universally recognized as a good luck charm by all the traditions over the centuries.

The “Silk Road” and the “Spicy Road” were travelled by brave merchants who went to the Far East from the Mediterranean Sea using coral red as trade goods and thus supporting its perfect connection with local traditions.

In fact, in almost all customs, the jewel is not only an element of beauty: it explains the economic status of the person and above all it is used to protect the wearer in the most vulnerable moments of his life: birth, puberty, marriage and even death.

The coral has travelled and gone very far, it has experienced civilizations and centuries and it always likes. This because, as the merchant Nissen Piczenik, alter ego of J.Roth, said: “All people can wear corals, rich and poor, they rise up those who stand down and dress up those who are up. They can be worn in the morning, at midday, in the evening and at night, (…) when you work and when you rest, in good and bad moments”.